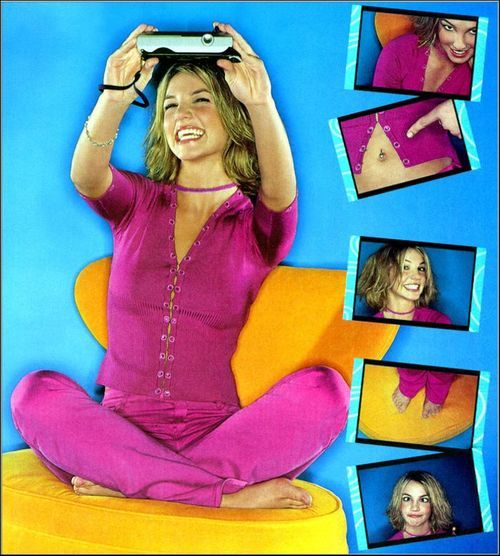 Polaroid Corporation and Britney Spears are predicting a hot, steamy summer as they team up once again to kick off round two of the teen queen’s North American tour. Creator of the number one selling Polaroid I-Zone Instant Pocket Camera, the company will continue its sponsorship of the pop star during the second leg of her 50-city North American tour, which starts tonight and runs through September, 2000.

The Polaroid I-Zone Instant Pocket Camera, a hip little camera that takes instant mini photo stickers, is the official camera of the Britney Spears “Oops! … I Did It Again” Tour 2000. The camera will be used on stage throughout the tour and Polaroid will host picture taking activities inside the venues as well as at pre-concert events in select markets. Zealous fans of all ages will be able to stick their Polaroid I-Zone instant photos along with messages to Bri

Britney on The Lycos 50